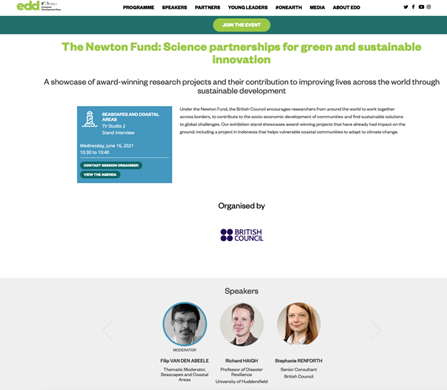 Professor Haigh was selected for a spotlight interview under the theme “Seascapes and coastal areas” alongside a representative from the British Council/ Newton Fund.